In 2008, the real estate landscape was on the brink of a monumental change. The Great Recession officially started in December 2007, and the housing industry was on the front lines of the longest economic slump since World War II.

Homeowners who purchased at the peak of the market found themselves underwater, owing more on their homes than they were worth on the market. Loan requirements were lax and terms were risky, and those risky loans precipitated a rash of foreclosures that caused upheaval on the secondary mortgage market, tanking investors and banks left and right. 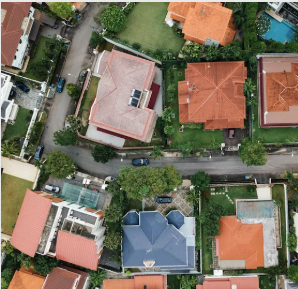 Today, as home prices have risen back up to pre-crisis levels, the question on a lot of minds is, ‘What’s changed since 2008?’ As your Boise, Idaho real estate experts, we want to make sure you have the best market information possible.

Here are 10 ways the housing industry has changed in the past decade, and what it means for homeowners, buyers, sellers, and renters.

The economy — and employment — is stronger

One reason the Great Recession was so acute is that despite the wide availability of mortgage loans, the economy as a whole and employment, in particular, were not that strong.

Today, the national unemployment rate is 3.6% and in Boise it’s 2.3%. When unemployment goes down, wages go up because employers have to compete harder for qualified workers. Wages haven’t historically grown as quickly as home prices, which has made it more difficult to buy a home. And wages still have a ways to go to catch up with home prices, but the fact that we’re currently seeing an upward trend in both employment and wage growth is a good sign for the economy as a whole.

The economy is never invulnerable to a recession, but the more — better-paid — jobs available to workers, the better shape everyone is in. This is especially true for consumers, whose behavior often dictates whether an economy soars or crashes. When consumers have jobs, they’re more willing to spend money.

Mortgage rates are lower now — but they’re moving back up

A higher mortgage rate means borrowers will spend more money for the same loan amount over time, so a higher rate usually means buyers have less money to spend on the price of a home.

Mortgage rates have stayed in the 4% range throughout 2019, so they’re still relatively close to historic lows, but they’ve been steadily creeping up all year, and many economists predict we aren’t too far from rates in the 5% range and will continue to see rates rise.

When the wave of foreclosures hit the country, a lot of single-family homes were left vacant. It was a prime opportunity for institutional rental investors to buy up rental homes at good prices, which many of those investors proceeded to do at fast paces. After fixing the homes up, these investors were able to rent them out for a profit, and as the housing market recovered and rental prices began to rise, this investment became even more lucrative.

This prevalence of institutional investors and their more widespread ownership of entry-level housing stock has also contributed to other issues, like too few houses on the market to meet demand.

There’s much, much less inventory

One reason home prices have grown across the country is because there are simply not enough homes for sale to meet buyer demand. Not only did the recession stall housing creation, but increased regulations, more expensive labor, and more expensive building materials all have formed an environment where developers can have difficulty making a profit for entry-level and even mid-level housing. Some developers were not able to weather the recession at all, while others who did survive pivoted to building luxury, high-end homes and apartments in order to be sure they’d make a profit on their investment.

The lack of housing inventory has also shortened the amount of time many homes are on the market, leading to some environments where homes in desirable locations are sold very quickly and even sparking bidding wars in some cases.

It’s easier than ever to find a home to buy

Although there are too few homes for sale, if you’re a buyer, it’s never been easier to find a home for sale. In this age of the internet, buyers can preview homes on real estate agents’ websites to find all the details of a home. Then they can call their agent for help negotiating their offer amongst a stream of similar offers for the same property.

Regulations make it more challenging to secure a mortgage

After the recession, several pieces of legislation were passed that were designed to tighten up loan standards and make it more difficult to issue loans to buyers without substantial proof of income, assets, and debts. Anyone who’s bought a home or applied for a mortgage in the past decade will understand what this means in practice: Submitting years of past tax returns, months of bank statements, pay stubs and other proof of income, itemizations of debts, summaries of any savings and assets — the list seems never-ending.

As the economy got back on its feet and lenders began dealing with these new standards, they became much more cautious about mortgage loans. This is a good thing insofar as preventing another housing crash, but it hasn’t felt great for buyers whose credit or lack of a down payment has prevented them from securing a mortgage loan with good terms.

Real estate appraisers are now required to be independent

Another repercussion of the recession and the new regulations that followed is a change in how real estate appraisers work. Previously, appraisers would be hired directly by a mortgage broker who potentially had a vested interest in seeing the house appraised at a certain value.

One of the new regulations states appraisers must be independent and no participants in the real estate sale, from either side, should have influence over the appraiser and the appraiser’s decision.

The internet has caused one other big change in real estate during the past decade: There are reviews for everything online, from home inspectors to real estate agents. In the past, most buyers had to rely on referrals, Google, or even something called the Yellow Pages when they needed to talk to someone about their real estate needs, but you didn’t always know what you were getting into.

Like everyone else on the internet who does business, all parties to the transaction can also be reviewed. Consumers can see firsthand how people handle disgruntled clients or what their most loyal business associates have to say about them.

Consumers have more options when it comes to buying and selling

Not only can buyers find homes for sale online, but we’ve also reached a point in our internet evolution when, in certain cities, sellers can sell their house to a company like Opendoor and now even Zillow. Buyers in those cities can also buy homes from these internet-based companies. And both buyers and sellers have a lot more options when it comes to working with a real estate agent, including teams, agents who offer small commissions or flat fees, and many others.

Some of these new avenues work well for buyers and sellers who use them, but like for-sale-by-owner, it doesn’t work for everybody. People have different needs and desires, and this is perhaps especially true when it comes to their homes, especially because no piece of land is exactly like another, no house is exactly like any other house.

There will always be people who don’t have the time to do it themselves, who want to ensure they’re getting the maximum possible return on their investment and want a high level of service and connection with their agent.

As it becomes more competitive, the best agents will rise to the top, and a real estate agent should be able to explain exactly what value they provide for you.

Buyers and sellers know more — and less — than they used to

Not only is the internet providing more details about individual homes than ever before, there has also been a wave of home-improvement and home sales shows sweeping reality television. As a result, people are both more educated and more ignorant about real estate than they used to be.

Take those search portals, for example. They don’t always carry the most up-to-date information in every market. The home data on those portals isn’t always accurate, and the value estimates and rental estimates can also be way off.

And reality television, of course, is definitely not representative of reality itself. It’s streamlined and edited for drama and narrative tension, so often both the good and bad of a deal can be wildly exaggerated.

If you haven’t bought a house in the past ten years, then maybe you didn’t realize how much things have changed. How will you know if the time is right to dive back into the housing market? Talk to a local real estate expert about your own situation and household so you are able to make the wisest decision and if you’d like to search for your next dream home, the place to go is here!

Thank you for contacting us, we'll get back to you shortly.

Sorry, we are unable to send your message at the moment. Please try again later.

Please provide your name and email

Thank you for contacting us, we'll get back to you shortly.

Sorry, we are unable to send your message at the moment. Please try again later.